This Week In Sports: Highs and Lows

It started out pretty rough with all of that crazy Manti Te'o stuff to sort through and then Lance. I can't even look or listen to that guy. These two stories made me hate sports, but then things started to turn around.

Oregon beat UCLA. In basketball. For the second time in a row. To take sole possession of the PAC-12 lead. Wow. Maybe my New Year's wish that Oregon make a run in the tourney isn't as outlandish as I once thought.

The end of the Butler v. Gonzaga game. Crazy. If you haven't seen it here it is.

Then there was football. It's pretty rare that both teams I want to win make it to the Super Bowl. I'm on team Kaepernick. Make some room on that bandwagon. 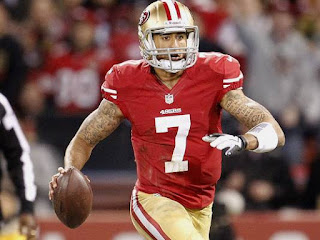 Posted by Noriko Nakada at 8:26 PM