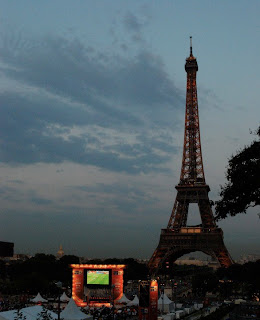 I'll admit, a list of my least favorite sports moments of the year might have been easier to write with 2010 starting off with an Oregon loss to THE Ohio State Buckeyes at the Rose Bowl, and The Giants winning the World Series, but sprinkled among those low points were some great sports moments.

10.  Getting the chance to visit Wimbledon.

9.  The sound of Vuvuzelas and watching a World Cup match with thousands of soccer fans in Paris.

8.  The Saints' on-side kick to start the half and Drew Brees holding his son under a shower of confetti after winning the Super Bowl.

7.  A televised Oregon football spring game that was a hint of the season to come. 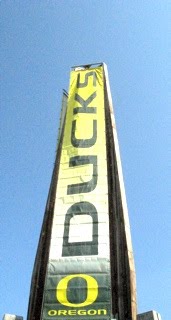 5.  As a chick who digs defense and pitching (not just the long ball), The Year of the Pitcher was great to watch.

4.  The way Armando Galarraga handled being robbed of a perfect game by Jim Joyce.

3.  The Jets on Hard Knocks and actually having a favorite NFL team.

2.  A crazy college football game in Nevada between Boise State and UNR.  Bummer for that kicker though.

There were a few other big moments... that super long match at Wimbledon, Vick coming back at the Meadowlands, the Yankees losing to Texas, Cam Newton's smile... got any favorites?
Posted by Noriko Nakada at 5:31 PM